Southern California’s Largest and Most Trusted Independent Retailer for Appliances, Televisions and Mattresses

The Many Benefits Of An Air Fryer. Some Healthy, All Tasty.

Howard’s dispels some myths and explores the real benefits of an air fryer over traditional cooking methods that rely on heavy oils and grease. 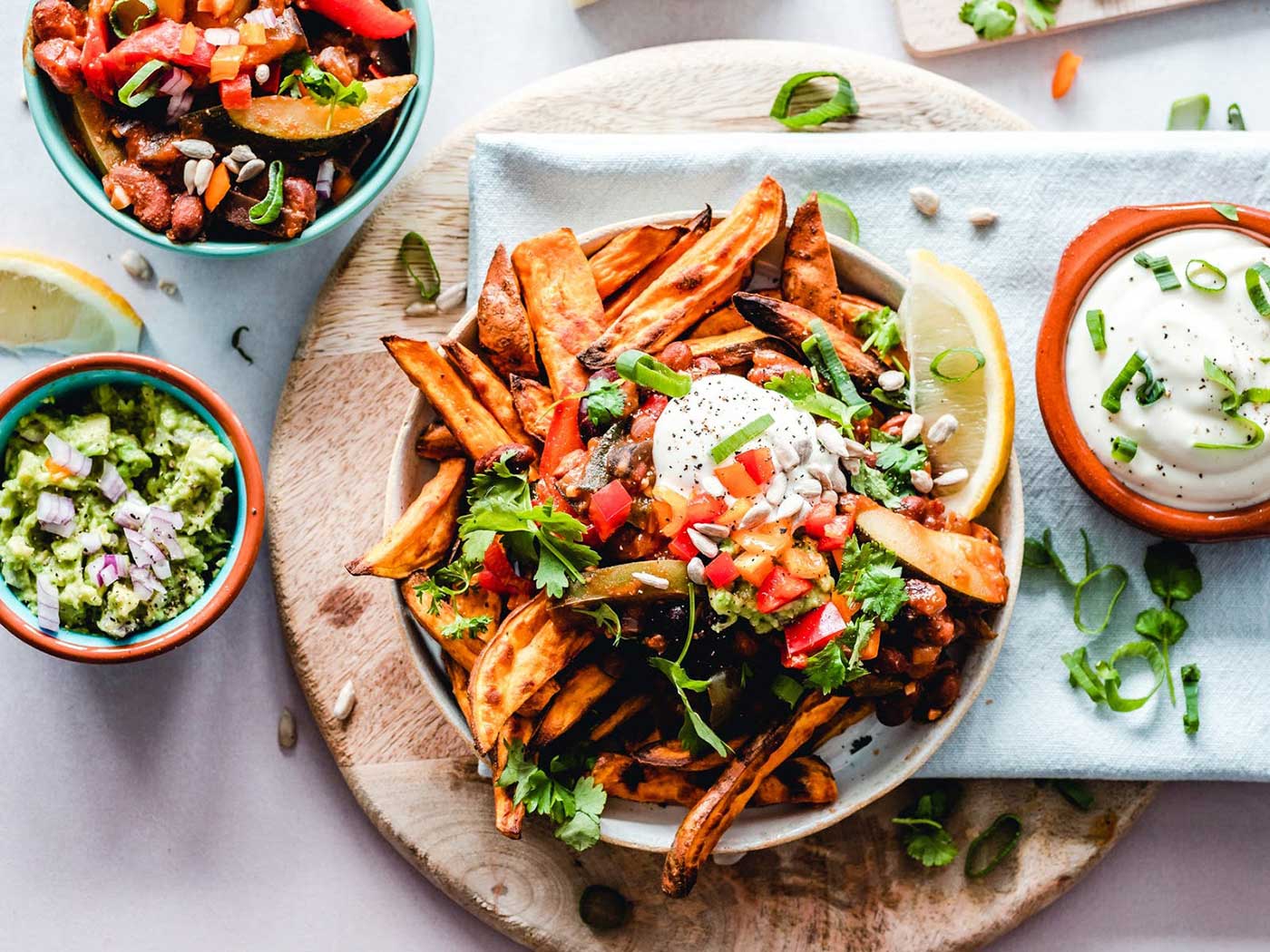 Even if you hate to cook, you’ve probably heard the hype around air fryers. Maybe your friend has been raving about the health benefits of an air fryer, or maybe your dad seems to be air frying everything lately. Have you been wondering what's so great about air fryers? Are there actual health benefits of owning an air fryer? Does cooking with an air fryer produce the same flavors and textures that you love from traditional cooking methods?

Howard's has done the research, and we’re here to explore the benefits of an air fryer. We’ll also look at why this culinary phenomenon is being raved about as a new and improved cooking method.

First things first, let's dismiss the notion that anything you air fry will be healthy. One of the most talked-about benefits of an air fryer is that it cooks healthy food. Air-fried food can still be unhealthy. But when comparing fried foods to air-fried foods, you will often find that air-fried food is healthier.

Say you have a donut, whether it’s fried or air-fried, it is still a donut. However, cooking with an air fryer produces the same crispiness without the use of cups of unhealthy oil.

Next time you hear claims that all air fried food is healthy, take that with a grain of salt. Remember that this is a cooking method and not change the food being cooked on a molecular level.

Let's begin with how air fryers work. Most people have heard of an air fryer but don't understand how it actually produces air-fried foods.

We're all familiar with deep-frying: it's a vat of boiling oil that you submerge food in, thus immersing it and cooking it. Since the air fryer chamber is superheated and circulates air at a very high speed, an air fryer only uses tablespoons of cooking oil.

Essentially you replace cups of boiling oil with circulated, superheated droplets of oil and air to create the crispiness that you love. This innovative method is the key to the multiple benefits of an air fryer.

The key to weight loss is often one’s diet or changing the food one eats. A switch from deep-fried foods to air-fried foods can help cut out regular intake of oil and promote healthier choices. The air fryer’s ability to create crispy foods without the use of a lot of oil means people can enjoy healthier versions of their favorite foods without completely sacrificing their health goals.

An added benefit of cutting down on deep-fried foods is a lower risk of heart disease.

Traditional frying involves, often, large amounts of oil heated to extremely high temperatures. Popping oil is a serious burn risk and can even result in a dangerous grease fire if it gets out of control. Buying an air fryer completely removes the risk of burns and fires as the result of cooking oil.

The worst part about cooking is the cleanup. Even worse than that though is cleaning up a ton of oil. Ask anyone who has had to clean out a deep fryer how large of a job that is, and you’ll think twice about deep frying.

Cooking with an air fryer means you can cook your food nice and crispy and never have to worry about what you're going to do with all that grease.

They're Fast and Convenient

On top of requiring far less clean up than traditional frying, one of the great benefits of an air fryer is the speed and convenience of it’s cooking. You essentially place it and forget it.

Cooking with an air fryer heats all sides evenly. This means no flipping or watching, so you can cook other things or come back to a perfectly-made dish. Cook times are often less than those of regular frying or baking, too, giving you more time to enjoy your food or go about your busy day.

With so many benefits of an air fryer, why isn't it more common in households? One reason is it's still a relatively new item in the world of cooking. People are still figuring out whether it’s worth buying an air fryer or not. And secondly, there are a couple of cons that need to be addressed. The two most popular negatives of air fryers are that they’re countertop items, and they can only cook small quantities of food at one time.

However, Frigidaire is addressing these two main concerns by being the first company to produce a kitchen range with a built-in air fryer. This way, you don’t have to add another appliance to your already-cluttered countertop, and you’re able to air fry party-sized quantities of food. It sounds like a huge win all around and a sign that air fryers are more than just another culinary trend. Let us know your thoughts on air fryers in the comments!

Welcome to the Howard's website! As we have the ability to list over one million items on our website (our selection changes all of the time), it is not feasible for a company our size to record and playback the descriptions on every item on our website. However, if you are an American with a disability we are here to help you. Please call our disability services phone line at (844) 469-2737 during regular business hours and one of our kind and friendly personal shoppers will help you navigate through our website, help conduct advanced searches, help you choose the item you are looking for with the specifications you are seeking, read you the specifications of any item and consult with you about the products themselves. There is no charge for the help of this personal shopper for any American with a disability. Finally, your personal shopper will explain our Privacy Policy and Terms of Service, and help you place an order if you so desire.